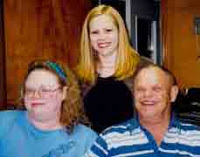 Bennie James Siemens was known as Jimmy, Jim, BJ and Sarge. To us, he was just Jim. Jim had an incurable sense of curiosity and possessed an indomitable spirit — the ability to overcome. He had a sense of humor that never knew when to stop.

When I think of Jim when we were growing up, I have a kaleidoscope of brief scenes that scrawl through our minds of our childhood.

Childhood ended and Jim went to the Air Force and continued to serve his country. He married Jean, and four children were born to them – Carla Jean, James, David and Linda. Because of the distance between our families, we were not able to see them often. Childhood memories continued to bind the three Siemens children together. We will miss Jim and his indomitable sense of humor and his love of life..