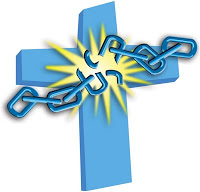 Now the freedom story is just on the pages of a genealogy book of family. The search for freedom is inherent in man. From the time a toddler learns to say, “No!”, the search for freedom begins for that life. To underline the extent of the search for freedom, I found seventeen definitions of freedom. They range from the physical state of freedom, power to determine the course of action, privilege allowed, release from obligations, personal liberty, freedom to enjoy, to choose and freedom from fear.

During the reading of a true story of Poland under the boot of Hitler to my sixth grade class room, a discussion of ‘what would we do’….led to a creative writing assignment. My verbose sixth graders declared a variety of opinions about their idea of freedom. One young man declared, “Freedom is doing what you want when you want.” Another wrote, “Freedom is not having rules.” Only one student realized that with freedom comes responsibility.

When our eldest son, as a toddler, and I sat in a church service. I held him tightly, eliminating his movement. He wriggled impatiently, and usually protested with the a voice that surpassed the minister’s. I see that one of the definitions included is: taking away the ease or facility of movement or action. As a young mother, I quickly learned that by imprisoning his body did not imprison his spirit.

Similarly, a group of people need to have the ability to be free….with responsibility. The teaching of that responsibility creates the difference and makes freedom a living-breathing reality.

“Freedom is first of all a responsibility before the God from whom we come.” Alan Keyes said.

In America we have ancestors who came from other countries. Why? Each family has its own story. What I am writing here comes from a book by Carolyn L. Zeisset, A Mennonite Heritage – A Genealogy of the Suderman and Wiens Families, 1800-1975.

Jacob Suderman and Aganetha Wiens solomonized their vows on November 27th, 1862, in South Russia. Jacob Suderman, born 28 December 1841 in the Molotschna Colony of South Russia, the youngest son of Heinrich and Adelgunda Penner Suderman. Jacob became a skillful artisan as a decorative painter and had a love of music. Aganetha’s family left their home in West Prussia to find a new home in Altonau in the Molotschna Colony. Because of the laws in Russia, Jacob made a meager living for his growing family. In 1870, Russia secretly canceled the special German privileges in 1763 and 1804. Russian language was required to be the official language in the schools, and German control of schools for the Mennonite people were revoked. During the 1870’s Jacob and Aganetha hoped these new laws would be rescinded. By early 1879, it became clear that there was to be no effective compromise, so they began to prepare for emigration. The preparation began with the major expenses to depart – paying taxes, obtain a passport, and a train ticket and ship passage. This cost exceeded available money. Packing clothing, food for the journey, and a few possessions was begun. On May 15, 1879 three adults and nine children left Pordenau. They eventually made it to Hillsboro KS, to begin a new life of hardships. But they had freedom.

Mother wrote in The Lines Are Fallen, that in America, Grandpa Suderman sent his children to school to learn the language of this new country. This added a new dimension to our lives — English for school and business affairs, German for church services and religious reading, and Plautt Dietch at home for every day living. Why did we resist the Russian language for a hundred years? Why did we treasure the language of this new land? What gave America such a special place in our hearts? We found a land with a heart; a place to live what we believed. We found a freedom that our children and children’s children often take for granted.

A place to live what we believed. That is freedom. Sometimes that freedom is simply in our hearts because of the laws of the land. Galatians 5:23b says – Against such things there is no law. Or, as the Message says – Legalism is helpless in bringing this about; it only gets in the way.

How do we live so as to thwart any law? To go beyond legalism? Galatians 5:13 tells us, “You my brothers, were called to be free. But do not use your freedom to indulge the sinful nature; rather, serve one another in love.“

Whoa, wait a minute! We can’t do that, we are Americans, and we are #1, and we look out for ourselves. We are winners! We must fight! I can hear the red, white and blue words now rolling out of our minds!

Think of this: But the fruit of the Spirit is love, joy, peace, patience, kindness, goodness, faithfulness, gentleness and self-control. Against such things there is no law.

This is freedom! This takes strength! This takes responsibility and commitment! Is this the way we live? Or do we live with the opposite characteristics of hate, despair, warring, impatience, greed, evil, living from day to day for instant gratification? This is the opposite of freedom, it is being imprisoned by our desires to get what we can.

Where can we find the freedom that lasts? In I Corinthians 3:17 is truth.
“Now the Lord is the Spirit, and where the Spirit of the Lord is, there is freedom.”