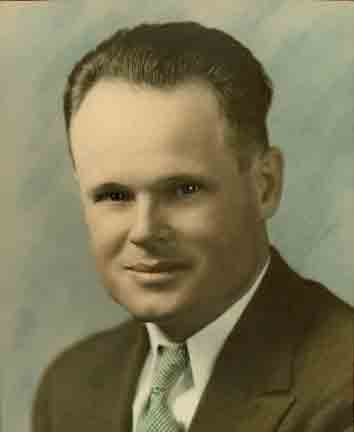 When I walk down the store aisles and see the display of Father’s Day cards, I am filled with nostalgia. I knew my Father for 50 years, and then he was gone. As with all fathers, there are strong points and weak points – but I knew my father loved me.

I remember the tears in his eyes when I brought home an ‘F’ on my report card in math one six weeks. I suffered to see how it hurt him. I loved the way he told stories – even mundane, every day stories became incredibly riveting as they involved hand gestures, a drop in his voice that could grow to thunder at times. His eyes were so expressive, and now when I tell a story, and I realize that my eyes are wider than usual, I feel Dad’s presence beside me.

He made me see the anguish of Abraham planning to sacrifice his son, or the industriousness of Noah building the ark through all the derisive remarks of his neighbors and the bravery David displayed when he fought the huge Goliath with the small stones. To me Dad was as brave as David, as sacrificial as Abraham and as patient as Noah.

When he died in 1979, I realized that Dad had given me a gift to surpass any monetary inheritance or gift. He gave me a picture of my Heavenly Father like no other! I more clearly understood God’s unconditional love, I could see that any discipline that comes my way is deserved, and through that discipline I became more and more God’s child. When I step out of my comfort zone and attempt to do something, I trust God to help me, just as my earthly father did. (I can still see my Dad’s arms pumping away as he scurried away to get whatever task came his way to be done!)

When it came time to marry, I gradually learned through our 57 years, that my husband had great father-potential. Not all at once – we did not have books to guide us on how to parent – but we muddled through with the help of God. Now in the later years of our lives, we realize the gift of parent hood. We praise God and thank Him for our four children, each one different, each one gifted, each one unique – and for any mistakes we made – God has covered them over with love.

In 1992, our daughter-in-law (love), Karen, gave us a gift that is still our favorite….and the title of this book is — My Dad is Brilliant by Nick Butterworth. In each of its pages are memories — times that our four remembered about their Dad. I can’t include them all because of space.

He’s as strong as a gorilla:

….and he can play any instrument…..

….and he is brilliant and making things…..

…and he tells the funniest jokes in the world….

Psalm 103:13, 17-18
As parents feel for their children, God feels for those who fear him. …..God’s love, though, is ever and always, eternally present to all who fear him, Making everything right for them and their children as they follow his Covenant ways and remember to do whatever he said.