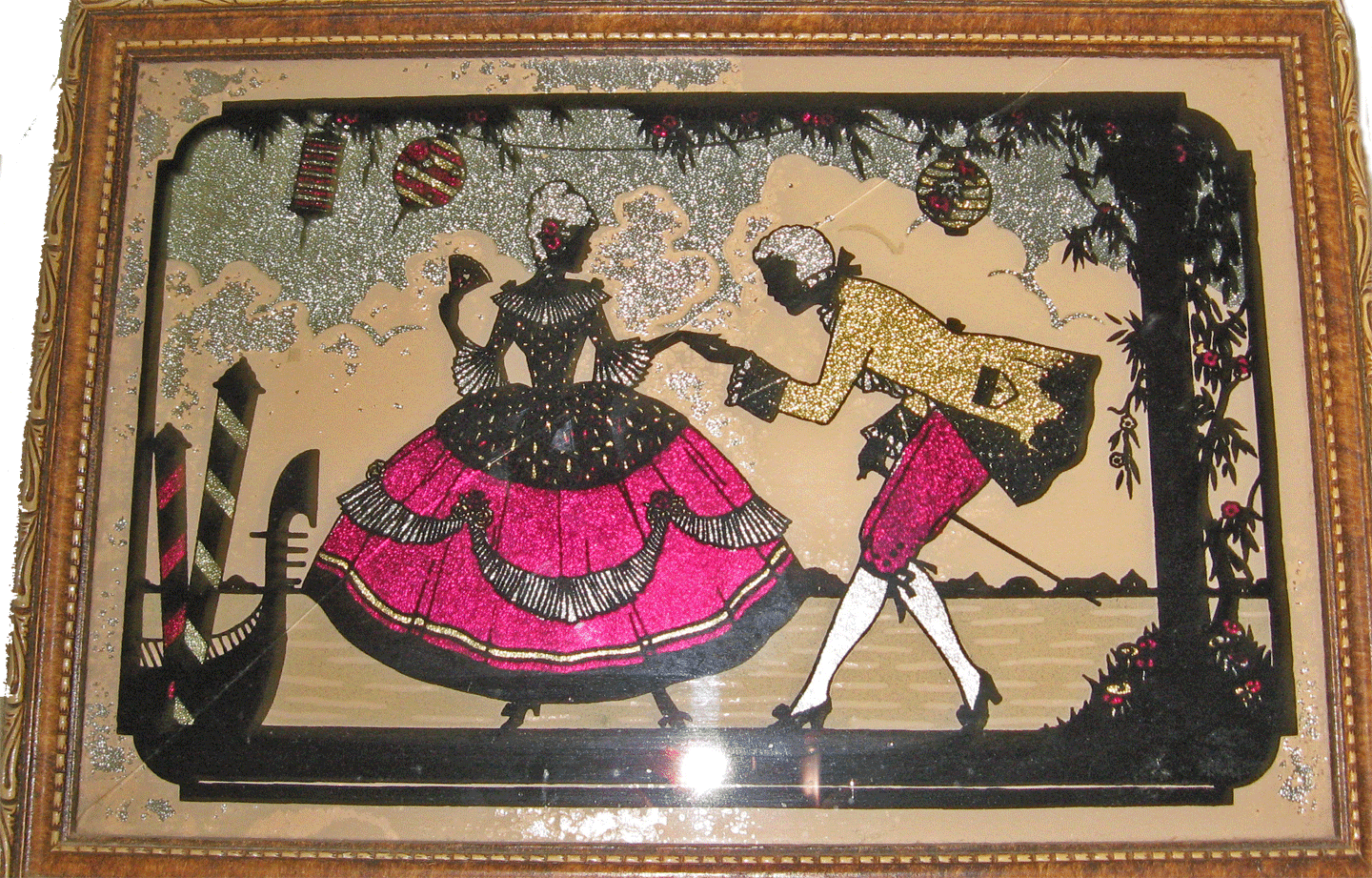 We lived on 330 South 14th Street in Clinton. Dad didn’t have to carry mail because of the holiday. I asked if we were going to the parade. No. We would stay home so Dad could paint creosote under the house to make sure the termites didn’t get a foothold. That was the day I made a huge, unexpected discovery.

The opening from the stairway to the basement that led to the crawl space. A box was close to the opening. I wondered what would be under the house. I opened the box and found many letters ….love letters to Mom. At 10 years old, I hadn’t considered that my parents would write love letters. I read about four letters filled with Dad’s flowing handwriting and his words of adoration for Mom.

Then I heard Mom’s voice floating down the stairway, “Suzy, what are you doing?” I could hear her footsteps approaching the stairway. When she saw what I was reading, she hurriedly grabbed the box and closed it. I’m not sure, but I think she blushed.

Many years later I noticed the picture above hanging on the wall. In that same handwriting on the back, I found these words: In memory of our 13th Anniversary Engagement – April 20, 1926. Here’s to the “Dearest little Girl” in the world, Wh promised faithfully to this humble boy, And through the years has kept this faith, True, pure and without alloy, from Herman.

Another Memorial Day memory is visiting the Corn, Oklahoma Cemetery. Mother gathered flowers that were blooming in our yard, to place on the graves of family. We drove 20 miles to the cemetery and visited the graves of Jacob and Emilie (Brunn) Siemens. And the parents of Jacob Siemens. I wasn’t very old, but remember so clearly walking among the graves and wondering about their lives. I remember Dad telling me about his little sister, Anna-ka, who died of Meningitis in 1913. Her grave stone stood in the Mennonite Brethren Cemetery, too. I read the inscriptions and dates on each grave stone. I noticed that families seemed to be buried in the same area.

My two brothers joined the Air Force and the Navy during the Korean ‘conflict’. They had many experiences traveling many places. My husband served in the Air Force before I met him in 1951. All three came home safely. Yet there are many who did not come back because they fought for freedom for America. Their blood was shed that we might live and love and be a part of a family within a country where freedom is guaranteed by constant vigilance within, and without our borders. So many lives lost and dreams short-circuited in the name of freedom. I have learned that our freedom can not be guaranteed by governments or by laws.

Our ancestors came to this country to find freedom – the freedom to worship God. Their angst and struggle to find this freedom had no assurance of success, and yet they courageusly continued.

True freedom is God-given and soul-deep.

Freedom – the only freedom that is eternal – is the freedom that comes through Jesus Christ, who died on the cross. Freedom to live and serve Him.

But you must be careful so that your freedom does not cause others with a weaker conscience to stumble. I Corinthians 8:9

Christ has set us free to live a free life. So take your stand! Never again let anyone put a harness of slavery on you. Galatians 5:1

It is absolutely clear that God has called you to a free life. Just make sure that you don’t use this freedom as an excuse to do whatever you want to do and destroy your freedom. Rather, use your freedom to serve one another in love; that’s how freedom grows. For everything we know about God’s Word is summed up in a single sentence: Love others as you love yourself. That’s an act of true freedom. If you bite and ravage each other, watch out—in no time at all you will be annihilating each other, and where will your precious freedom be then? Galatians 5:13