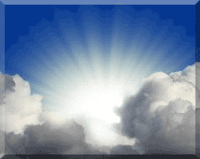 • Homesickness is an emotion that begins in the heart and ends in the stomach.
• Homesickness is the bridging of what was to what is.
• When our son, Paul, moved away from home he defined ‘being on your own’….as sitting in one room alone wondering what is going on at home. Paul also said – “you know you are really on your own when you are sick and weak, you dropped the OJ on the dr pepper empty bottles and there is glass and OJ all over the floor and no one to clean it up but you.”
• Homesickness is the interruption of expected continuity and consistency of nurturance.

I’m sure there are other more learned definitions, but for my purposes, this is how I define the state of being homesick.

My first encounter with homesickness was going home to spend the night with my cousin, Anna Helen, and her family . In the dark, sitting in the back of the car, I felt so separated from my family. It felt as if we were driving into the unknown in the dark. I tried not to cry at the age of 8. Then I heard my Aunt Alma’s voice that sounded so like my Mom’s. I closed my eyes and pretended that it was my Mom. Just the sound of her voice reassured me.
My second remembered home-sickness – came at the age of 18. I felt the desire to be away from home – and yet college – 75 miles from home was daunting. My parents wisely told me that I could not come home for six weeks. After three weeks, I still remember the longing I felt deep in my heart until the longing squeezed my stomach, literally homesick. I called home on the pay phone at college (no cell phones then) and cried as I heard Mom’s voice re-iterate the six week goal built on financial reasons. Now I know her heart and know that she was probably crying, too. That was the longest six weeks of my life.
My two brothers served in the Air Force and in the Navy during the Korean Conflict. We didn’t discuss being homesick, and yet I know they were now. It is a universal emotion when anyone leaves home. My husband, Ed, says his homesickness was on special days while he was in service – Christmas and birthdays.
Recently I read an account of a young man who came to America in the latter 1800’s. He returned to see his father, an arduous journey, back to Russia. Soon after he returned to United States, his father died. His comfort was that he was able to see his father and pray with him, one last time. This scenario has been repeated over and over in the passage of time when families separate for various reasons. The names of Separation are myriad. Separation – no matter what its label – affects people of all ages. Natural and man-made disasters cause schisms through life. 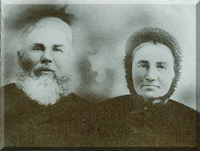 While reading my Mother’s book, The Lines Are Fallen, I realized anew the pangs of homesickness that comes in so many forms. Jacob Suderman, my great grandfather, traveled to this country as the freedom in Russia eroded. His life was filled with the love of singing and teaching music, besides farming. His life was a busy one. And then the stiffening of his tongue and hoarseness was diagnosed as throat cancer. He soon was unable
to speak or sing. He literally starved to death – unable to be with family around the table – unable to eat. As he neared the end of his life:

He became weaker every day. The family was called and they were amazed to hear him sing, “In dem Himmel is Ruh. In dem Himmel is Ruh” (In heaven there is rest.) When his voice faltered the family gathered round to finish the song for him. Jacob went home singing to leave a heritage of faith behind.

When our grandson, Benjamin, was adopted traveling all the way from Bombay (now Mumbai), India, I can imagine the jumble of his thoughts and emotions. He left the orphanage at the age of 4 years – it was all he knew – his ‘familiar ‘- and traveled to a strange country, a strange language, strange customs, strange food and a strange family. Yes, Benjamin has a home and a family. He is loved. To read more about came to this country Benjamin and his sister – click here. Benjamin and Rebekah were adopted twice – once by Paul and Carolyn, and in giving their lives and hearts to Jesus Christ, they were adopted into the family of God.
There is another homesickness that I feel more and more each day. It is when my spiritual ears hear the lapping on the other shore. One day, my mother declared her thankfulness for knowing what her ‘exit lane’ from this life would be. She was afflicted with pulmonary fibrosis. Her life here on earth ended in 1998, but her eternal life began when her heart stopped. Mother gave thanks for Jesus and the promises He gives. On earth she was often homesick for Dad and began longing more and more for heaven. Now she is with her Lord, united with Dad and many members of her family who were there to greet her.
When I was 19 years old, Mother taught me this song. In life, the music written on paper is tattered, but the words sing in my heart. It is a crossing over in my heart from being homesick for earthly things to being homesick for the heavenlies. Life is a journey. God places a longing in our hearts for Him with a sure destination when we travel with Jesus.