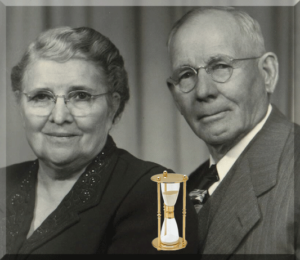 From the time I was very young, I heard about the history of my ancestors.  Dad told me about the little Dutch boy, Hans Brinker, who saved the small town by sticking his finger in the hole in the dike to stop the flow of water, an all-night task.  With the advent of Google, it is no longer a secret, that Ham Brinker wrote the novel of Silver Skates, in which the story is told. The author is Mary Mapes Dodge, published in 1865.

Dad told me about Menno Simons (1496 to 1561) a Roman Catholic Priest from the Friesland region of the Low Countries. This is a province of the Netherlands inhabited by Dutch people, speak a language that resembles Scandinavian and Germanic languages.  My Dad called the language Low German or Plattdeutsch.

After studying the scripture, he decided that infant baptism Is not in Bible. He read the works of Martin Luther and Heinrich Bullinger.  He met the Anabaptists and soon he left the Roman Catholic church and followed the Bible.

During my second grade, we were given an assignment to make a booklet about Holland, as the Teacher called it. I colored page after page after windmills, tulips, and wooden shoes.  I knew my parents would love seeing my booklet.  After all the pages were assembled, we were told to hold up our hands to be called on to receive brads – keep the pages together. My arm grew weary, holding it up all day.  The next day, I decided the teacher forgot me, and I went to her desk, and she told me to go back to my desk and wait. I did. After a week, I knew she would not call on me and I took it home and never showed it to anyone.

Years later, my Mother wrote the story of her family, The Lines Are Fallen.  Growing up as a Mennonite, people who wanted to follow the teaching of God, her parents taught her the commands of the Lord.  In the beginning pages, she quoted, Psalm 16:6, The lines have fallen for me in pleasant places; indeed, I have a beautiful inheritance.

She begins with her uncles teasing her for having a name like Suderman.  She wrote, “Hundreds of years before family names were reality, the Peters, Jacobs, and Johanns created much confusion.  The King decreed that every family must choose a surname.”

However, the man who lived by the Zuider Sea was very busy. He farmed and continually reclaimed from land from the sea for his sons. He had no time to give thought to a family name. I ever he had an unexpected hour of time, he spent it with his children. They frolicked in the sea in the summertime, skated on its thick layers of ice when winter set in and fished the sea for table meat.

One month before the King’s decree became law, he sent his officals about the countryside to gather the names that would separate all the Peters, Jakobs, and Johanns. When they came to the man who lived by the sea, they saw he had not provision for a name.  Like all efficient public officials, they evaluated the situation and wrote Zuidermann in all their official wisdom.

Zuidermann became a family name. Through the years the umlaut ‘I’ was dropped and the last ‘n’ was useless. Finally, when all the Zudermans became tired of being last in every alphabetical line, they chanted the “Z” to “s”, and there you have your family name.

The Suderman ancestors came from the Friesland area of Holland where the Plattdeutsch is the language to this day.  Then during a severe persecution in the 17th century, they left this area.

The state church of Europe became corrupt. Offices were sold to the highest bidder, and the rich scoundrels ruled the church. Menno Simons grew increasingly convinced of living a pure life and following the teaching of the Bible, as a priest.  He agreed with Martin Luther on points of faith.

In Holland many Anabaptists were massacred for their beliefs through torture on racks and strangled, as well as burned at stakes.  In Belgium and Netherlands, martyrs were listed as high as 2,500.  Those who would worship did so in secret.

The King of Prussia had some useless land in in the Danzig are, that needed to be reclaimed. The Dutchmen knew how to build dikes that reclaimed land from the sea. The King offered the Mennonites, as they were known, freedom from military service, and could never proselyte Prussian neighbors in their faith. Mennonite children would enroll in German schools, and the German language alone would be used in public meetings.  The Mennonites agreed to the King’s condition.  They lived in Prussia for approximately two hundred years. Times changed and so did their population, and there was a need for more land.

As time went on, the King made new demands.  The Mennonites were forced to feed armies station in their area, and ship quantities of food to the Prussian Army. Soon  young Mennonite men were forced to join the Prussian Army, unless they had money to buy their freedom.  They still spoke the Plattdeutsch language in their homes, but in public meetings, they used German.  They chose to cling to their mother tongue and their peaceful living and the faith in God, for which they suffered.

When increasing demands came, they looked to God for answers.  It came from an unexpected source.  The Czarina Katherina of Russia needed wheat farmers for newly acquired farmland just north of the Black Sea. Would they move?

After they checked out the agreement which included one hundred years of military freedom, this was the answer to their prayers. The first families left for Russia in 1788.  Travel was difficult.  After 300 miles they stopped to rest, another 300 miles later winter overtook them.  The first settlement of four hundred families made on the Chortitza River, a tributary of the Dnieper River despite the many disappointments that came.

The land was not fertile, but hilly and baren. Promised government help was delayed, Illness and death came during the winter. Funds and food were meager, housing was primitive.  The blessings of freedom included the documents that proved freedom from military service, the freedom to govern their own communities, tax exemptions, and ability to keep family customs and traditions, including speaking Plattdeutsch in their homes.

The first schools were inadequate with teachers appointed, and the three R’s were taught with Bible Study. They met for worship each Sunday. Since there were no ministers, the sermons were read.

Houses were built along the road with farms extending behind the houses.  By 1803 a new tract of land along the Molotschna River was available. Things eased in Russia, and then the Czarina Katherina died, and her son, Paul, became the Tsar, and decided the Mennonites would no longer enjoy the arrangement made by his mother.

After three centuries and three countries, the Mennonite leadership met once more to find a way to follow their principles of faith and peaceful existence.  They sent delegates to America, and the migration began in 1873.

Gerhard Suderman was born in 1874. He was three years old when the family left for America, 1877. My memories of my Grandpa Suderman included playing the piano for him.  He stood behind me and patted my shoulder in perfect rhythm.

The other memory is when he read scripture at our breakfast table with three teenagers impatient to go to school. His crippled hand turning the pages. Then his beautiful blue eyes looked up in joy and wonder from the words he had read and said, “I never noticed that before!”  I knew he had read the same scripture before.  And this opened my eyes to the glory of reading God’s Word. The other memory is in Mother’s book. “The Lines Are Fallen!”

I remember my Grandma Suderman, carrying eggs across the farmyard in her apron.  I remember her adage, “Set the table, before you finish making supper, so the family knows it is almost done!” Mother describes her Mother as someone whose heart suffered the loss of four babies, and how to grieve with hope and the joy with the Memory Box. Her deep faith and belief in God continues even now to be an inspiration to her children and grandchildren and those ‘who come after’!

Oh, how thankful I am for those who endured suffering because of their desire to worship and praise God.  For, their faithfulness, and the faithfulness of God continues to be an example to me as I near the sunset time of my life.

The steadfast love of the Lord never ceases; His mercies never come to an end; they are new every morning; great is your faithfulness.  Lamentations 3:22-23.

I can hear Grandpa Suderman’s beautiful tenor voice singing from the Presence of Jesus.