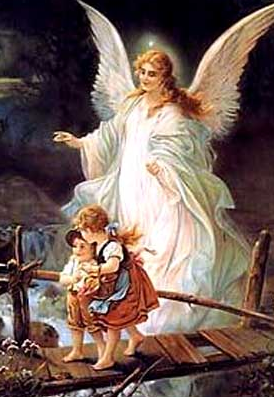 The wonder and mystery of Christmas is encapsuled in these verses – from Luke 2:8-15 – And there were shepherds living out in the fields nearby, keeping watch over their flocks at night. An angel of the Lord appeared to them, and the glory of the Lord shone around them, and they were terrified. But the angel said to them, “Do not be afraid. I bring you good news that will cause great joy for all the people. Today in the town of David a Savior has been born to you; he is the Messiah, the Lord. This wlll be a sign to you: You will find a baby wrapped in cloths and lying in a manger.”

Suddenly a great company of the heavenly host appeared with the angel, praising God and saying, “Glory to God in the highest heaven,and on earth peace to those on whom his favor rests.” When the angels had left them and gone into heaven, the shepherds said to one another, “Let’s go to Bethlehem and see this thing that has happened, which the Lord has told us about.”

My imagination, as a child, painted a glorious night of a brilliant star shining in the East, and a myriad of angels descending from heaven after the announcement of the birth of Baby Jesus. The host of angels, more glorious than I could ever imagine, filled the sky. Although the scripture says they were ’saying’, to me, how could you just say this glorious message. I can imagine nothing less than a song of glory filling the skies with heavenly voices that rang joyfully with full harmony.

The story of the birth of Jesus had many striking figures. Did Mary know how the Baby would be announced? I can see the joy on her face as she held the Baby Jesus. I see the look that Mary and Joseph exchanged as they looked at the Baby Jesus, their son, yet more than their son.

She pondered when the shepherds came from the field to see the baby. Fresh from the field, smelling of fresh air and sheep. Did Mary remember the Angel Gabriel coming to her and his words – You will conceive and give birth to a son, and you are to call him Jesus. He will be great and will be called the Son of the Most High. The Lord God will give him the throne of his father David, and he will reign over Jacob’s descendants forever; his kingdom will never end.” Luke 1:31-34.

When Mother was a child, her mother hung a painting in her room of a Guardian Angel. With all the things that happened to Mother – from near drowning in the creek, various diseases and accidents, Mother needed a Guardian Angel, and not just a painting. Yet, that picture instilled in her heart the joy of being cared for and loved. She knew that the angel was a messenger from God, and not to be worshiped. When Mother became ill, my brother’s wife and I found this same picture and hung it in her room. It is a painting that pictures the care and love that our Heavenly Father has for each of us. For He created angels to do His bidding.

When our daughter, Anna, was traveling a long distance in her car, she told me that she often prayed that angels would surround her car and guide it safely to her destination. A child shall lead them, I had never before considered praying that angels would ride on the car to protect me.

Angels’ first words to anyone begin with – “Do not be afraid!” What do angels look like? Were they fearful looking, or with wings, or like warriors? We don’t know. Of course, we humans, so conscious of the outward appearance would want to know. We look beyond the appearance and to the purpose for being…. that Angels have. Would I be afraid if ‘suddenly’ an angel appeared to me? Yes! We have been inundated with references in literature and movies to angels here on earth. Yet, the scripture tells me all I need to know about angels now.

As angels are a part of the heavenly world and God’s creation, I want to go to The Source to learn more.

Guardian Angels – Are not all angels ministering spirits sent to serve those who will inherit salvation? Hebrews 1:14

Angels Share in God’s Joy – I tell you that in the same way there will be more rejoicing in heaven over one sinner who repents than over ninety-nine righteous persons who do not need to repent. Luke 15:7

Stand in the Presence of God – “See that you do not despise one of these little ones. For I tell you that their angels in heaven always see the face of my Father in heaven. Matthew 18:10

Intermediaries between God and Man – In visions of God, he took me to the land of Israel and set me on a very high mountain, on whose south side were some buildings that looked like a city. He tooke me there, and I saw a man whose appearance was like bronze, he was standing in the gateway with a linen cord and a measuring rod in his hand. The man said to me, “Son of man, look carefully and listen closely and pay attention to everything I am going to show you, for that is why you have been brought here. Tell the people of Israel everything. Ezekiel 40:3

They Bring God’s Help – No harm will overtake you, no disaster will come near your tent. For He will command his angels concerning you to guard you in all your ways. They will lift you up in their hands, so that you will not strike your foot against a stone. Psalm 91:10-11

There is much more we can learn. We can’t begin to understand Angels and their work, just as we do not understand God and His ways. But one thing I know is that God and His creation is real!

One of the references that is my favorite is God speaking to Job, is found in Job 38:4-7: “Where were you when I laid the earth’s foundation?   Tell me, if you understand. Who marked off its dimensions? Surely you know! Who stretched a measuring line across it?  On what were its footings set, or who laid its cornerstone—while the morning stars sang together and all the angels shouted for joy?

As we celebrate Christmas this season, listen for the Angels in your heart that shout for joy and point you to our Savior, I know I will.