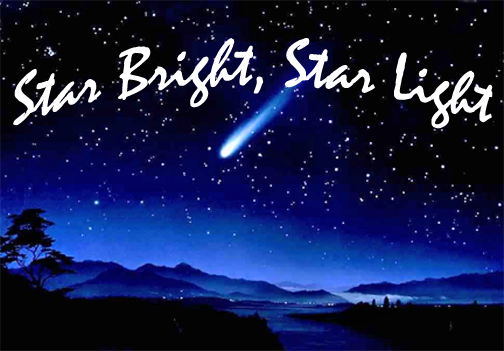 Star bright,
star light! I wish I may I wish I might, have the wish I wish tonight. An old
nursery rhyme runs through my head when I think about the wonders of the stars
in the heavens. Where do they come from? Why do they shine and twinkle? How far
away are they? I stare in wonder at the dark blue velvet sky filled with
lustrous night lights.