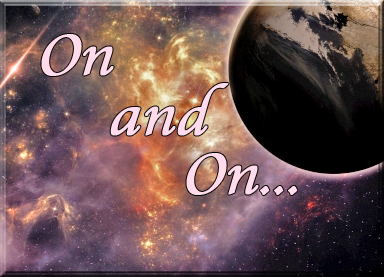 It was a cool
spring evening in Oklahoma.  I knelt down
in the garden and pushed one after another of the onion plants into the ground,
and wondered why.  The girl who lived
next door walked over and watched me.
Finally I glanced up at her as she commented, “You keep on, keepin’
on.”  It was one of those comments to
which there is no retort. She walked away and kept on keepin’ on.  I could think of many other ways to use my
time as a teenager, but Mother insisted on helping with the family garden.
Now in the
‘sunset years’ I ponder time, and the mystery of years that passed so quickly. I
don’t use the phrase now, keep on keepin’ on, but ‘steadfast living’.  Now it isn’t about planting gardens in the
40’s, it is about the rest of the time that God gives me.
Last Lord’s Day,
I heard our pastor read the story in Daniel 3. The three were brought from
Israel and served the King Nebuchadnezzar in Babylon.  They refused to bow down to the impossibly
huge golden statue, ninety feet tall and nine feet wide, to worship.  They refused saying, “If we
are thrown into the blazing furnace, the God whom we serve is able to save us.
He will rescue us from your power, Your Majesty.  But
even if he doesn’t, we want to make it clear to you, Your Majesty, that we will
never serve your gods or worship the gold statue you have set up.” Their hands were
immediately bound and thrown into a furnace heated to a high degree – seven
times hotter than ever before.
The three men
were steadfast, they were keeping on,
keepin’ on in their faith in God despite being taken away from their home.  They served Him because their faith in Him
did not depend on what He did for them, but WHO He is.
Did they wonder
about time?  Did they ask why they were
not home, but in a foreign land? Did they question God?  The God who cannot be seen?  The God who released the Israelites from
bondage in Egypt?   The God who delivered the Israelites from
enemies as they travelled ever onward to the Promised Land?  The God who loves His children so much that
He sent His only Son to die for our sins in this and every generation.
Recently I
watched a movie about time travel.  I
thought about Time and God.  Suddenly the
immensity of the number of years of time that have passed since the beginning
of time caused me to wonder.  It is said
that for God, a time of a thousand years is but a day.  For you, a thousand years are as a
passing day, as
brief as a few night hours.  Psalm 90:4

Suddenly the panorama of
time of just my generation appears in one quick motion.  A blip of time that includes the hurts, the
joys, the sorrows and wondering of my lifetime, and yet I know that God was
there each moment.
To our Lord God the
passing of the generations is a fast moving kaleidoscope of wars, famines,
inventions, accomplishments, nations that rise and fall, births and deaths,
joys and sorrows.  Tying these events
together is the Red Ribbon of Faith that is woven in the hearts of men through
the ages.  Is it any wonder that God’s
Word is sovereign?  It is the story of men
who lived and died.  It is the ultimate
story of faith in God and His love and His purposes for our lives.   It is Who He is!
For
when you did awesome things that we did not expect, you came
down, and the mountains trembled before you. Since
ancient times no one has heard, no ear has
perceived,
no eye has seen any God besides you, who acts on behalf of those
who wait for him. You come to the help of those who gladly do right, who remember your ways.
But when we continued to sin against them, you were angry. How then can we be saved?
Isaiah 64:1-4
Is the organization of times that Solomon wrote about, for
us?
There is a
time for everything, and a season for every
activity under the heavens:
a time to be born and a time to die, a time to plant and a time to uproot,
a time to
kill and a time to heal, a time to tear down and a
time to build,
a time to weep and a
time to laugh, a
time to mourn and a time to dance,
a time to scatter
stones and a time to gather them, a time to embrace and a time to refrain from embracing, a time to search and a time
to give up, a
time to keep and a time to throw away, a time to tear and a time to mend,  a time to be
silent and a time to speak,
a time to love and a
time to hate, a
time for war and a time for peace. Ecclesiastes 3:2-8

The
Ribbon of Faith of those who lived
long ago (according to our time) is listed in Hebrews Chapter 11.  Abel, Enoch, Noah, Abraham and Sarah, Isaac,
Joseph, Moses, Rahab, Gideon,
Barak, Samson, Jephthah, David, Samuel, and all the prophets are listed as
those with Faith in God.  Each of them believed
and God was with them, just as He is with us each moment.  He is omniscient.
God sees Alpha and Omega
– the beginning and the end – not of time that we understand, but of eternity.  God dwells in a spiritual realm, beyond the
physical realm, we live in.  He is not
confined to the physical realm that constricts us to the ‘now’ of our
lives.  His greatness is defined by every
curve and design of His Creation.  His
majesty is greater than the endless vastness of the universe that surrounds
us.  His transcendent love and
forgiveness enfolds us through the measureless gift of grace through Jesus
Christ’s love-sacrifice.
Is it any wonder that I praise Him?  Is it any wonder that I love Him?  Is it any wonder that I give thanks
daily?  For wonder of wonders, this
Awesome Father in Heaven loves even me.
And you!
Let all that I am praise the Lord. O Lord my God, how great you are! You are robed with honor and majesty.  Palm 104:1