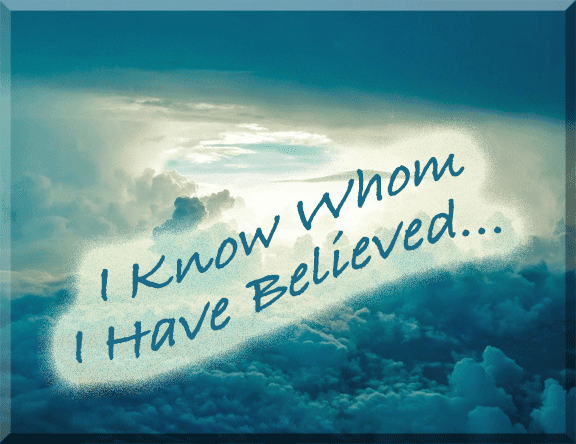 Recently,
this hymn came alive in my heart from a memory.
It was June, 1979 and my Dad had died. Of all the hymns, this is the one
Dad loved the most. Mother insisted we walk down the aisle of the church toward
the casket that held my Dad. We would walk as a family, singing this hymn.
How could I sing without being
interrupted by tears? The short aisle lengthened to an endless walk in my mind.
Do you have a hymn that marks an important moment in your life? Sometimes the
message of the hymn takes a lifetime to grasp the meaning.
I remember the Doxology and it reminds me of Mom’s constant Praise to God for the
little things happening each day!  Jesus Loves Me reminds me that no matter
what happens in life, Jesus truly loves me, and you.  He is constantly present in my heart and mind.
Living with Jesus in my heart is my
heart’s one desire. What do I remember about this one hymn we sang for Dad?
Although Dad was always a bit off key as he sang, his enthusiasm could not be
dampened. The essence and the meaning of each hymn left an indelible mark on my
Dad’s heart and this hymn was no exception.
I
Know Whom I Have Believed came from the scripture, 2 Timothy 1:12b – …for I know the one in whom I trust, and I am sure
that he is able to guard what I have entrusted to him until the day of his
return.
For I know Whom
I have Believed,
And am
persuaded that He is able
To keep that
which I’ve committed
Unto Him
against that Day.
Now
I understand Dad’s last testimony to all who were a part of the walk down the
aisle and those who witnessed, of his deep faith in Christ Jesus.  Now the words bring me the understanding ‘to keep that which I’ve committed’. This
scripture permeates my thoughts, my words and actions to be Christ-like.
‘Unto Him against that day’. As I near
the ‘setting sun of life’, I understand more fully the essence and commitment
of what faith in Jesus means.
There
is so much I don’t know of how the intricacies of the Holy Spirit brings me to
this point, but I know the Holy Spirit continues to teach me every moment. I
don’t know what good or bad things will happen in my life, yet, I know if I
believe in Jesus, He holds my life in His Hands.
I
don’t know when Jesus will come or what the direction my ‘exit lane’ from life will
take. The last stanza of the hymn is this: I know not when my Lord may come, At night or
noonday fair, Nor if I walk the vale with Him, Or meet Him in the air.
I
learned about the composer of these lyrics, Major D. W. Whittle, a Civil War
Veteran wrote these words. Why did he begin each stanza with “I know not…?”   From
several histories of this hymn, I learned that Major Daniel Whittle enlisted in
the 72nd Illinois infantry during the Civil War and headed into the
bloodiest conflict. He was wounded in the Battle of Vicksburg and taken
prisoner.  In one of the battles, his arm
had been amputated above the elbow.  As
he began healing, he wanted something to read. He searched his haversack and
found the New Testament his mother had placed there as she said goodbye with
many tears. He began reading in Matthew and continued to Revelation.  He was surprised he could understand God’s
Word so easily. When he finished Revelation, he began reading through the New
Testament again, and again, without having any intention of becoming a
Christian.
One
midnight a nurse awakened Major Whittle to pray for one of his men. The young
soldier had begged the nurse to pray for him, but she could not and would not.
Since the nurse had seen Major Whittle reading the New Testament, it would
follow, Major Whittle could pray. His answer?
I can’t pray, I never prayed in my
life and I am just as wicked as you are!!!
Major Whittle went
with the nurse to the bed of the young soldier as he lay dying.  He listened to the young soldier, pleading
for prayer. He heard the Holy Spirit saying, “You know the way of salvation. Get right down on your knees, accept
Christ, and pray for this boy.”
He knelt, confessed his sins, and became
Christ’s child, and continued in earnest prayer for the young soldier. When a
look of peace and a quietness came over the young soldier’s countenance, Major
Whittle knew the young soldier had died.
He realized in this moment, God used the young soldier to bring him to
the Savior.
I
know not how this saving faith – To me He did impart,
Nor how believing in his Word – Wrought
peace within my heart.
John 5:24-25 – …for I know the one in
whom I trust, and I am sure that he is able to guard what I have entrusted to
him until the day of his return. And I assure you that the time is coming,
indeed it’s here now, when the dead will hear my voice—the voice of the Son of
God. And those who listen will live.
I Timothy 1:5-6 – The
purpose of my instruction is that all believers would be filled with love that
comes from a pure heart, a clear conscience, and genuine faith. But some people
have missed this whole point. They have turned away from these things and spend
their time in meaningless discussions.
John 1:11-13 – He came to his own people,
and even they rejected him. But to all who believed him and accepted him,
he gave the right to become children of God. They are reborn—not with a
physical birth resulting from human passion or plan, but a birth that comes
from God.